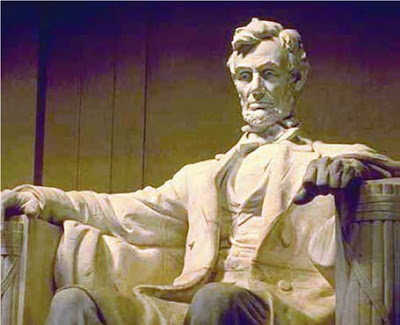 On February 12, 2009, Americans (and no doubt many others around the world) will celebrate the 200th birthday of Abraham Lincoln, who is considered by many to be one of the greatest American presidents. Young Abraham Lincoln feared that he would achieve nothing during his life to make him remembered. On the contrary, in September of 1862, President Lincoln’s Emancipation Proclamation declared freedom for all slaves in the Confederacy. The American Civil War that ensued lasted for four years (1861-1865) with a loss of over 620,000 lives. These casualties exceed the nation's loss in all its other wars, from the Revolutionary War through the Vietnam Conflict. The Confederate States of America (the Confederacy) lost to the United States of America (the Union) in 1865, ending slavery in America.

Lincoln is remembered and celebrated for this historic human rights achievement. As this year marks the special occasion of his 200th birthday, your Montessori classroom can share important history and fun activities.

As a child, what fascinated me most about Lincoln was his lack of formal schooling. Attending school less than two years, he became one of the most eloquent of all American presidents.

I was born Feb. 12, 1809, in Hardin County, Kentucky. My parents were both born in Virginia, of undistinguished families—second families, perhaps I should say. My mother, who died in my tenth year, was of a family of the name of Hanks.... My father ... removed from Kentucky to ... Indiana, in my eighth year.... It was a wild region, with many bears and other wild animals still in the woods. There I grew up.... Of course when I came of age I did not know much. Still somehow, I could read, write, and cipher ... but that was all."
- Abraham Lincoln

Lincoln was dedicated to becoming a lifelong learner and stated “I view [education] as the most important subject which we as people can be engaged in." 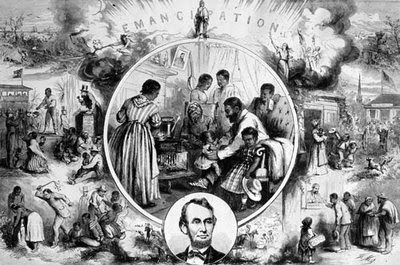 Montessori students know that a peacemaker is one who helps to make peace or settle a dispute. Lincoln himself thought lawyers, of which he was one, should serve as the peacemakers of the people. While trying his cases, he often took advantage of opportunities for mediation and compromise, repairing clients’ reputations along the way. When seeing injustice done in his own nation, he warned “In your hands, my dissatisfied fellow countrymen, and not in mine, is the momentous issue of civil war. The government will not assail you.... You have no oath registered in Heaven to destroy the government, while I shall have the most solemn one to preserve, protect and defend it." He was willing to use force to defend the Federal law and preserve the nation, while liberating those most defenseless. He never let the world forget that the fight for human rights was the greater cause.
As Montessorians, we are constantly on guard for “teachable” moments. I believe that this 200th birthday is one of those moments.

Here are a few ideas for celebrating this year: 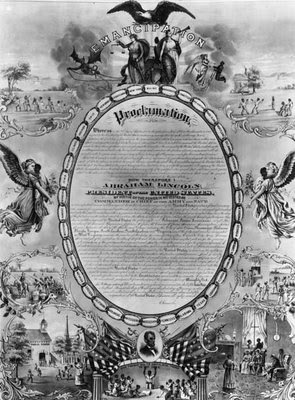 One of the first things I think about when preparing to discuss history with my Montessori elementary students is a timeline. Introduced during the lower elementary years, students are already familiar with the format of a timeline – the presentation of facts in a linear progression. Upper elementary students are able to take timelines one step further. That is, they are able to construct their own timelines by researching and choosing the information that appears on a timeline.

While researching the life of Abraham Lincoln, I came across a remarkable timeline, where else, but on the Lincoln Bicentennial webpage. There are actually three timelines; one is interactive and the other two have to deal with his personal and professional life separately. The information could easily be made into a Montessori timeline with either the teacher (for lower elementary classrooms) or the students (for upper elementary and middle school classrooms) researching photographs and constructing and presenting the timeline.

Lincoln was assassinated at Ford’s Theatre in Washington, D.C. by Confederate sympathizer, John Wilkes Booth. Lincoln’s death had a long-lasting impact on the nation. His greatest legacy is still alive today, his dream of freedom, equality, and opportunity.

With malice toward none, with charity for all, with firmness in the right as God gives us to see the right, let us strive on to finish the work we are in, to bind up the nation's wounds, to care for him who shall have borne the battle and for his widow and his orphan, to do all which may achieve and cherish a just and lasting peace among ourselves and with all nations.
~ Abraham Lincoln, Second Inaugural Address, March 4, 1865

February 16, 2009 is President’s Day. Following is a link for craft ideas to celebrate this special occasion: President's Day Craft Projects.
As much as possible, NAMC’s web blog reflects the Montessori curriculum as provided in its teacher training programs. We realize and respect that Montessori schools are unique and may vary their schedules and offerings in accordance with the needs of their individual communities. We hope that our readers will find our articles useful and inspiring as a contribution to the global Montessori community.
© North American Montessori Center - originally posted in its entirety at Montessori Teacher Training on Thursday, February 12, 2009.
Posted by Michelle Irinyi
Labels: Abraham Lincoln, Holidays, Montessori Activity Ideas, President's Day, US History
Newer Post Older Post