Modeling Montessori Behavior in the Home: Through the Eyes (Ears, and Nose) of a Child 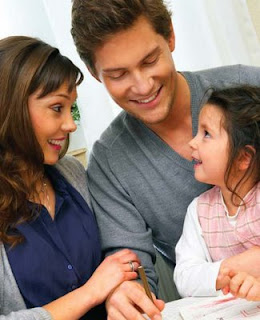 Growing up, I remember my grandmother cautioning “Little pitchers have big ears”. I always wondered why “pictures” needed ears! When I was older, I understood she meant that the children were listening, but I wondered again why she called us pitchers. After all, none of us played baseball. It wasn't until I was an adult when I learned that the adage refers to the large handles or “ears” that are sometimes attached to small vessels, such as a pitcher. Ah ha! At last I understood the connection.

Maria Montessori would have cautioned that children not only hear everything, but they also see, imprint, and even mirror our behaviors. The child is watching the adults around him from birth. Everything we do, everything we say is locked away in her/his memory. In her book, The Child in the Family, (1956) Montessori makes her point very clearly:

The child is sensitive and impressionable to such a degree that the adult ought to monitor everything he says and does, for everything is literally engraved in the child’s mind. (p 40)

As a Montessori teacher, I've been in the uncomfortable position on a few occasions where I have had to call parents to inform them that their child had shared information of a personal and inappropriate nature at school. The response is usually “I don’t know where she heard that!” It is very difficult to be the bearer of this news. It is a delicate situation and not one I relish.

Parents in your Montessori school need to understand how important behavioral modeling is for their children.

Modeling Montessori Behavior in the Home: Through the Eyes (Ears, and Nose) of a Child 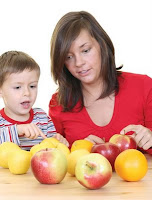 Discrepancies between home and school environments can be challenging for students and for your Montessori program. From the beginning of your Montessori Parent Education Program, which usually begins as soon as a prospective parent enters the doors of your Montessori school, you should clearly communicate that the role of parents is to put their beliefs in what their children should do and say into action. This means becoming an active role model for their own children.

A few years ago, I was teaching at a Montessori school which was experiencing a problem with parents talking on their cell phones at pick up time. They drove through the parking lot deep in conversation. As teachers, we were worried that their full attention was not on their driving. All our efforts at reminding parents about parking lot safety seemed to go unnoticed. But more than that, we were watching children who were eager to share their day with their parents, only to be waved into the car while the parents were engaged elsewhere. The body language of the Montessori students was pronouncedly dejected: shoulders slumped, smiles vanished, book bags and lunch boxes dragged on the ground. We asked parents to look at it from the child’s perspective. How would they feel if they had been away from their loved ones all day, only to be ignored as soon as they came home? Talk about an “Ah-ha” moment! Many parents said they had not thought of it that way. They were in such a hurry to get from one place to another that they neglected to see the situation through the eyes of their children. 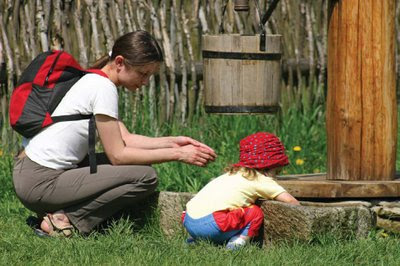 In the years when my husband I were dating and first married, we tried very hard to hide from our son the fact that my husband was a smoker. To my knowledge, he never once saw my husband with a cigarette. However, on the day we had to rush my son to the hospital emergency room, he readily and matter-of-factly told the ER nurse that his stepfather smoked. When I asked how he knew, he said, “Because his jacket always smells of smoke when he comes home”. We felt horrible! My husband vowed then to “walk his talk” and made a very conscious effort to quit. Again, Dr. Montessori’s words rang through my head “Not by words, but virtues…”. My husband and I accepted the responsibility of our actions. Even though our intention was to protect him, we had lied, by omission, to our son. We had not seen the world through the eyes (or nose) of our child. 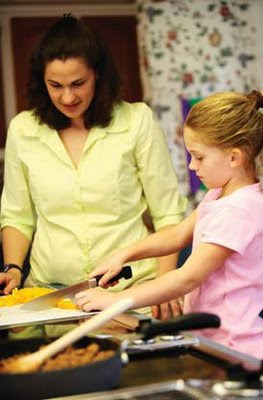 The next time you have the opportunity for parent education, either through a class or a program or through your newsletter, ask parents to do a little self-reflection. Remind Montessori parents that although you are not expecting them to be perfect, they should make a very conscious effort to be a positive role model for their children. Ask them to think about what they value and if their behavior demonstrates that value to their children. Here are examples of a few questions to keep in mind:
When parents and teachers work together and act in the best interest of the child, the child is free to develop his own path and his own future.
As much as possible, NAMC’s web blog reflects the Montessori curriculum as provided in its teacher training programs. We realize and respect that Montessori schools are unique and may vary their schedules and offerings in accordance with the needs of their individual communities. We hope that our readers will find our articles useful and inspiring as a contribution to the global Montessori community.
© North American Montessori Center - originally posted in its entirety at Montessori Teacher Training on Thursday, February 19, 2009.
Posted by Michelle Irinyi
Labels: Classroom Advice, Everyday Life, Modeling Behavior, Montessori at Home, Montessori Parent Resources
Newer Post Older Post