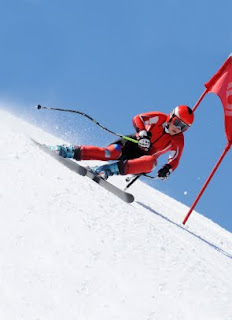 These words, first spoken by Bishop Ethelbert Talbot during a speech given to Olympic athletes at the 1908 Olympic Games, became the creed for the modern Olympics. Meant to spur athletes to live up to the Olympic motto of “Citius, Altius, Fortius” (Faster, Higher, Stronger), men and women around the world train their bodies, minds and spirits to compete in hopes of becoming an Olympic athlete.

Montessori classrooms and material support and encourage learning. Montessori believed that education must be authentic and appeal to children. By bringing the Olympics into your classroom, you are providing appealing, real-life examples which will stimulate the imagination and learning of your students.

Here are just some ideas on how to incorporate the Olympic theme into your Montessori environment.

Haiti Activities and Resources: A Cultural Study in the Montessori Classroom

Children are human beings to whom respect is due, superior to us by reason of their innocence. ~ Maria Montessori, Dr. Montessori’s Own Ha...

Learning about the Olympics is a fun way to bring cultural and physical geography, history, literature, math, health, physical education, ...

… on the satisfaction of (the child’s) more spiritual needs the progress of humanity depends – the creation indeed of a stronger and better ...

In an effort to assist our graduates and schools with their observation and record-keeping efforts, NAMC has just recently completed Mastery...

…We are confronted with a considerable development of consciousness that has already taken place, but now that consciousness is thrown outwa...