Montessori Cosmic Education and Connections Between Living Things: Hold a Council of All Beings

The most important thing we can do is to hear inside ourselves the sounds of the Earth crying. - Thich Naht Hahn 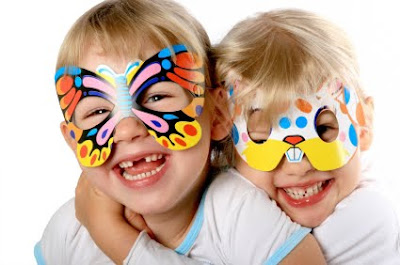 A few years ago, my upper elementary Montessori class spent a few days on Ocracoke Island on the Outer Banks of North Carolina, camping and having class on the beach. We learned about the Wright brothers and built and flew paper airplanes, studied coastal dune environments, learned about simile, metaphor, and onomatopoeia while writing poetry about the ocean. We gathered the huge seashells that are common on the North Carolina coast, built sand castles, and played in the waves. But the most poignant part of the trip was our final evening. We gathered at sunset on the beach and made s’mores and as it grew dark we invited the Council of All Beings to join us. What happened next among these 50 children was nothing short of amazing.

Montessori’s vision of Cosmic Education is to understand the interdependency of all life on earth and, indeed, the universe. Created in 1985 by Joanna Macy and John Seed, The Council of All Beings is a time for us humans to come together and take on the persona of non-human beings on earth. It is a reflection of Cosmic Education as it fosters compassion for the hardships facings other living things. Often, the hardships are caused by humans and the Council of All Beings gives voices to those who don’t have a voice.

Let us always remember that inner discipline is something to come and not something always present. —Maria Montessori The Absorbent Mind. O...

New Cultural Units and Themes for Your Montessori Classroom: How to Make it Fun!

Culture and education have no bounds or limits; now man is in a phase in which he must decide for himself how far he can proceed in the cult...

We must help the child to act for himself, will for himself, think for himself; this is the art of those who aspire to serve the spirit. - M...

A teacher said a word rapidly in passing, and on return saw it had been written with moveable letters. For these mites of four, once was eno...

Parent (or grandparent, aunt, uncle, neighbor, etc.) volunteers play an important role in the Montessori community. By donating their time...

The Five Great Lessons for Montessori Elementary: An Introduction and Lesson Idea List

Our goal is not so much the imparting of knowledge as the unveiling and developing of spiritual energy. - Maria Montessori, The Child in the...

Back to school this year is more than just new lunch boxes and backpacks. Now, more than ever, parents and teachers are stressing the impo...

Ramadan Activities and Reading for the Montessori Classroom

In my Montessori classroom, I have always viewed cultural celebrations as an opportunity to help my Montessori students view the world wit...

Recently, one of our NAMC graduates asked for our help and advice concerning two toddlers in her Montessori classroom who are biting other...