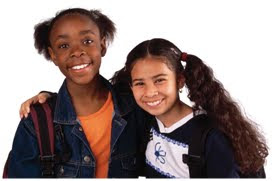 I recently had an encounter where the teenage son of a friend typed a very inappropriate response to a message I had sent my friend during an online chat. My response was “That was very inappropriate.” My friend was devastated when she realized what happened and was ready to ground her son. I asked her not to be hasty and let her know that I had already responded.

I suggested that she allow some time for them both to calm down and then to ask what her child was thinking at the time. What made him think his response was okay? Why would he think to do that? And then, ask him what he was going to do to remedy the situation. She asked me if I wanted a written apology. I told her to please ask her son what he thought would be the right thing to do. If he wanted to apologize, that was fine, but it had to be his idea. An apology without sincerity is not an apology.

How many times have you had personal encounters which made you think a person just wasn't sincere? Was it a disgruntled sales clerk who told you “Have a nice day” when you know she would rather have been texting her boyfriend? Maybe it was when you knew you were having a bad hair day and your mother told you looked great? Or maybe an older child pushed her younger sister down on the playground and yelled “sorry” over her shoulder as she laughed and ran away?

As Montessori parents and educators, we want our children to grow up happy, healthy, and responsible. We want them to be well-adjusted, caring and concerned members of adult society. We teach them to say please and thank you at an early age. However, teaching them the words is not enough. How do we teach a child about sincerity? It is a difficult task! We must teach them how to feel and care. We must teach them to not simply go through the motions, but to put themselves in the position of others.

I recently received an email from an upper elementary NAMC student who wanted to know how to present factual information like taxonomic ...

Many upper elementary Montessori teachers I know will tell you they love the Montessori Cubing Material best. While I agree it is a tru...