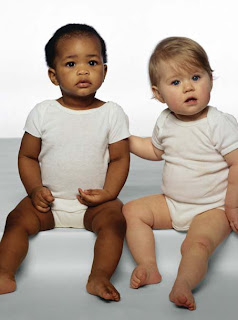 Recently, one of our NAMC graduates asked for our help and advice concerning two toddlers in her Montessori classroom who are biting other children. She and her assistant have been keeping the children close to them, but the behavior is continuing.

Most biting occurs in children between the ages of one-and-a-half and three years old. Its occurrence reflects not only the children’s feelings, but also their inability to use expressive language. Children usually bite when they’re afraid, angry, or frustrated, or in some cases, to have power over someone (i.e., to get/take something from another child). Additionally, a major change such a new baby or starting school may cause biting to surface. Children may also bite when they become over-stimulated or excited.

If biting is happening in your Montessori classroom, you may wish to keep the child close to you for a while. Often called “gluing”, having the child close by allows you to hopefully intervene and redirect behavior before the next chance to bite occurs. Also, by carefully observing and documenting when and how the child bites will help you notice a pattern emerge.

Using positive language helps children learn how to verbalize their feelings. For both children, it is important to emphasize that biting hurts and they would not want to be hurt themselves. Positive phrases that redirect behavior are helpful. “We bite apples and carrots, not people. Biting hurts.” or “People are for hugging, not biting”. Then, remind the child to “touch nicely” or “be gentle”. 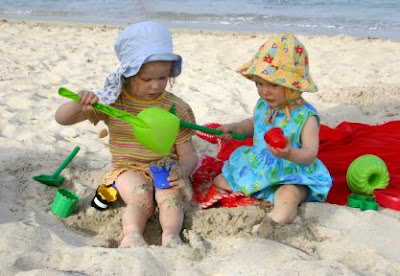 For the one who bites in order to obtain items from others, help her put her emotions into words by stating “I can see that you are angry. You don’t want Kristi to play with that shovel”. This will help her make the connection between what she is feeling and the names of those emotions. Through role playing, give her the words she needs to express herself in an acceptable manner. Tell her that it is alright to feel angry or frustrated, but it is never ok to bite. She can tell someone “I am angry because (you are playing with the green shovel) and I wish (you would let me play with it)." Then, role play how she may have to work out a solution with the other child (wait her turn) and what she should do if she gets a turn to play with the green shovel (tell the person “thank you”). Also role play the possible scenario where she does not have a turn to pay with the green shovel that day (i.e., walk away without biting).

Biting, like other unwanted behaviors, may require repeated redirection as the child learns new ways to express herself. With patience and positive redirection, children will learn positive outlets for their emotions.
NAMC’s 0-3 Classroom Guide offers further information on communicating with young children the Montessori way.
As much as possible, NAMC’s web blog reflects the Montessori curriculum as provided in its teacher training programs. We realize and respect that Montessori schools are unique and may vary their schedules and offerings in accordance with the needs of their individual communities. We hope that our readers will find our articles useful and inspiring as a contribution to the global Montessori community.
© North American Montessori Center - originally posted in its entirety at Montessori Teacher Training on Tuesday, September 1, 2009.
Posted by Michelle Irinyi
Labels: Best Advice to New Teachers Series, Infant/Toddler (0-3), Montessori Parent Resources, Redirecting Behavior, Social Development, Student Conflict
Newer Post Older Post