Michelle Irinyi
A teacher said a word rapidly in passing, and on return saw it had been written with moveable letters. For these mites of four, once was enough, though a child of seven requires much repetition before he grasps the word correctly. All this was due to that special period of sensitivity; the mind was like soft wax, susceptible at this age to impressions which could not be taken in at a later stage, when this special malleability would have disappeared. - Maria Montessori, Education for a New World 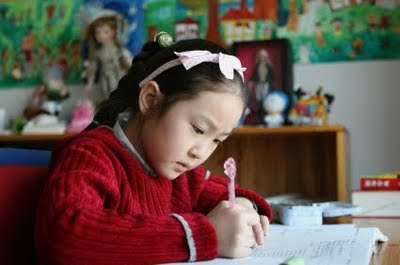 In my work as a NAMC personal tutor, I have listened to NAMC students express an ongoing concern regarding penmanship in the lower elementary Montessori classroom. It applies both to students coming from the Montessori Children's House and those who are new to Montessori. Whether or not this may be due to inconsistencies in teaching methods or issues with Sensory Processing Disorder (formerly known as Sensory Integration Disorder), there are ways to help Montessori elementary students improve their penmanship.

Montessori observed that between the ages of two and six, children undergo two sensitive periods for writing. The first begins at around the age of two, when there is refinement of the senses (taste, sound, smell, sight, weight, touch) through the Montessori Sensorial activities. The second sensitive period for writing takes place around the age of three or four, as the student develops a fascination with writing. Students at this age begin to attempt to reproduce numbers and letters. It is during this sensitive period for language and writing when the Moveable Alphabet, Metal Insets, and Sandpaper Letters are introduced to the child.

Montessori observed that once the sensitive period for language had passed, the child could still learn, but not as rapidly or with the ease and comprehension that there was at the height of the early period of natural curiosity. In order to help the lower elementary student who has moved out of this sensitive period for language improve her penmanship, the Montessori teacher carefully observes the student in order to determine the specific areas that require improvement. 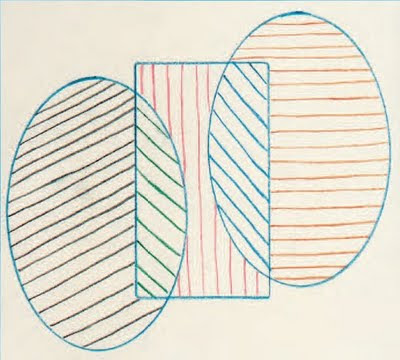 Fine Muscle Control
Strengthening the muscles in the hand provides a more secure pincer grip. Try returning to the Metal Insets with your Montessori student, working first on simply tracing each shape. When the student experiences success, move on to extend the activities: Trace one shape in two different positions: Trace the inside of one shape using the frame, then place the matching inset on top of that shape and trace it with a different-colored pencil; make designs using more than one shape; complete an entire sheet (5” x 5”) with designs using a variety of insets, colors, and types of lines; repeat a design on a long strip of paper.

Other Montessori activities which improve fine muscle control are found in the Practical Life area of the classroom. These include: transferring objects with tongs and tweezers; transferring liquids with turkey basters and eye droppers; pinning and unpinning clothespins; weaving; sewing on buttons or cross stitching; latch hook rugs; working with nuts and bolts and locks and keys.

Letter Formation
Some students do not experience the proper way to form letters during their sensitive period of language development. For these children, involving the senses is still important; we want to develop the student’s “muscular memory”. The Sandpaper Letters can serve as a review for the correct writing direction of letter shapes, if the Montessori teacher determines that this is required. In the past, I have used the Montessori student’s list of weekly spelling words and a tray of sand, which is kept on the shelf in the Language area. Beginning with the first word, use the index finger of your dominant hand to trace the letters in the sand, emphasizing the correct formation of the letters. Shake the tray to “erase” the word and invite the child to try. Repeat this process for the entire list, each time emphasizing proper letter formation. When the child is ready to move to pencil and paper, remind the child to think about how the letters were formed in the sand. 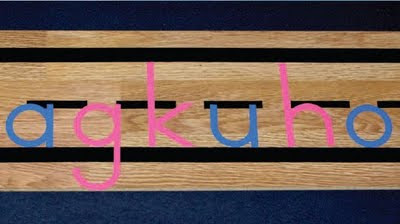 Other useful techniques for improving letter formation include:
Poor penmanship can result in low self-confidence and poor self-esteem. With practice, modeling, patience and positive encouragement, lower elementary Montessori students will improve their penmanship which will lead to greater success in the classroom and beyond. The NAMC Preschool/Kindergarten curriculum and Lower Elementary curriculum material provide extensive activities for developing fine motor skills and language/writing abilities.

As much as possible, NAMC’s web blog reflects the Montessori curriculum as provided in its teacher training programs. We realize and respect that Montessori schools are unique and may vary their schedules and offerings in accordance with the needs of their individual communities. We hope that our readers will find our articles useful and inspiring as a contribution to the global Montessori community.
© North American Montessori Center - originally posted in its entirety at Montessori Teacher Training on Friday, September 18, 2009.
Posted by Michelle Irinyi
Labels: Learning Difficulties, Montessori Activity Ideas, Montessori Language Arts, Montessori Materials, Motor Skills and Movement
Newer Post Older Post