Going Out as Part of Montessori Education - Learning Independence 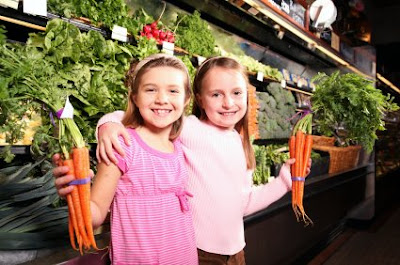 A true going out trip is one that is thought of, planned, organized, executed, and followed up by the child. With the older children (ages 9-12) it is an expression of independence and responsibility. Usually, an idea is planted while the child is doing research. Often it is expressed by "Wow! I wish I could do that!"

Going Out as Part of Montessori Education - Learning Independence


Older children make phone calls, send emails, or write letters to find out more about what it is that interests them. They ask those in charge if they can come and visit. They then request permission from their teachers and parents to go on the trip. They call upon a willing adult to drive them to their destination. Once they arrive, they ask questions and gain hands-on experience in something that really interests them. They learn the value of sincerity when they thank the person who gave them a tour/answered questions, as well as their driver. They connect with the outside world when they write up and present their findings.

Last year, two of my 6th grade students wanted to make lunch for themselves. They came to me and asked if they could use the kitchen to prepare lunch, not for the whole class, but just for the two of them. I asked them to come up with a proposal and I would consider it. They came back with not only a menu, but recipes, what the approximate price would be for the groceries, and who they planned on asking to drive them to the store. As their plan was solid, I agreed. They called one of their mothers to drive them to the store and asked her to wait outside. They soon emerged, grocery bags in hand, and triumphant! 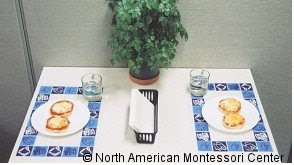 Back at school, they unpacked the groceries and put them away. When they came to school the next day, they quickly began by making the dough for their homemade pizza. While the pizza dough was rising, they shredded cheese, cooked sausage, made a salad and dessert. They set a beautiful table, complete with a tablecloth, "real" dishes, and fresh cut flowers. When it was lunch time, the girls sat quietly eating their pizza while the rest of us wished they'd made enough for the class. Then, they got up, did their dishes and cleaned the kitchen.

My students never forgot that experience. They often reflected on how grown up they felt. Their parents told me later that both girls started taking an active role in helping prepare the meals in their own homes. Throughout the year, I had other children who, witnessing the success of others, also cooked lunch. I'll never forget the two 4th grade students who made biscuits and gravy; I thought we'd never get all the flour up off the floor!

Ultimately, it wasn't the product of lunch that mattered. It was the process by which the children learned. They came up with a plan, presented it, organized it, and carried it through. After all, isn't that what growing up and making decisions is all about?
As much as possible, NAMC’s web blog reflects the Montessori curriculum as provided in its teacher training programs. We realize and respect that Montessori schools are unique and may vary their schedules and offerings in accordance with the needs of their individual communities. We hope that our readers will find our articles useful and inspiring as a contribution to the global Montessori community.
© North American Montessori Center - originally posted in its entirety at Montessori Teacher Training on Thursday, March 27, 2008.
Posted by Michelle Irinyi
Labels: Everyday Life, Going Out, Independence, Montessori Curriculum, Montessori Practical Life, Planes of Development, Upper Elementary (9-12)
Newer Post Older Post