Hanukkah Activities and Reading for the Montessori Classroom 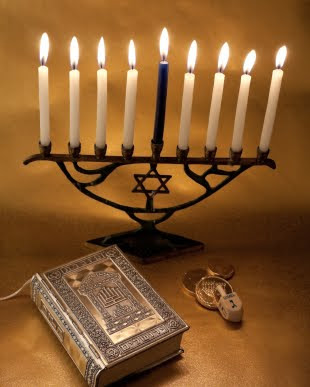 When I taught in an elementary Montessori classroom, one of my Jewish students enjoyed giving a lesson to the class for every Jewish holiday. The best part of the lessons was her personal and personable approach to storytelling. Her classmates were completely engaged, asked tons of questions, and other, shyer, Jewish students would eventually join her in giving the lesson. I would recommend starting with your Montessori students and their knowledge for these kinds of lessons. You can supplement their lessons with your research and experiences, books and activities.

This year Hanukkah begins on Friday, December 11 at sundown. Hanukkah (also spelled Chanukkah) is the festival of rededication, also known as the Festival of Lights and is a 2,000-year-old tradition. It celebrates the Jewish people’s ancient triumph over their enemies. More than 2,000 years ago, the king of Syria, Antiochus, marched with soldiers into Judea which was the home of many Jewish people. He tried to force the Jewish people to worship the Greek gods. When they refused, the Temple in Jerusalem was attacked by the Syrian soldiers, who killed many Jewish people and stole sacred objects, including a menorah – a holy candelabrum used in the Temple. Until then, the flame of this menorah had never before been extinguished. The soldiers defiled the special oil used to light this menorah.

Hanukkah Activities and Reading for the Montessori Classroom

The king returned to Syria but the soldiers stayed and disrespectfully terrorized the Jewish people. An old Jewish man named Mattathias, along with his sons, began to fight the soldiers. When Mattathias grew sick, he named his son, Judah the Maccabee, as leader of the group. For two years the Jewish people continued to fight the soldiers. Eventually Judah and his followers overthrew their enemy from Jerusalem. The Jewish people were now free. They began to clean up the Temple and restored the holy menorah. They only had enough oil to burn for one day, but despite that the flame burned for eight days, giving them time to replenish the oil for the menorah. Ever since that time, Jewish people have celebrated Hanukkah by lighting candles for eight nights in a row, and eating food cooked with oil, such as Latkes. Today, the menorah typically has nine candles; the ninth candle is used to light the other eight candles.

As much as possible, NAMC’s web blog reflects the Montessori curriculum as provided in its teacher training programs. We realize and respect that Montessori schools are unique and may vary their schedules and offerings in accordance with the needs of their individual communities. We hope that our readers will find our articles useful and inspiring as a contribution to the global Montessori community.
© North American Montessori Center - originally posted in its entirety at Montessori Teacher Training on Thursday, December 3, 2009.
Posted by Elissa Pugh
Labels: Hanukkah, Holidays, Montessori Activity Ideas, Montessori Reading Material
Newer Post Older Post