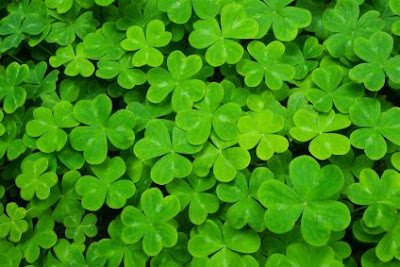 I love using cultural celebrations as an exciting way to incorporate different thematic learning across the curricular areas in my Montessori classroom. This year I am using St. Patrick’s Day to kick off a “Month of Green” that will culminate with Earth Day on April 22. Our Montessori class starts with reading books and discussing St. Patrick’s Day and Ireland. We will incorporate “green” as a way to celebrate St. Patrick’s Day as well as a contemporary term for being environmentally conscious. Over the next month we will look at recycling, how we use and abuse natural resources, and begin to plant our school garden. The current political conflicts in Ireland provide the opportunity for activities and projects about political geography and world religions. Even with all the jumping off points for deeper curriculum exploration, there is still a ton of fun activities and reading right here! 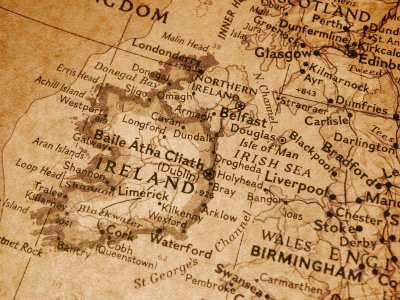 St. Patrick’s Day (March 17) is the religious feast day of St. Patrick and the anniversary of the saint’s death in the fifth century. St. Patrick is the patron saint of Ireland. He brought Christianity to Ireland and used the shamrock to explain the Holy Trinity, which is why the color green is associated with St. Patrick’s Day. A fun children’s story explains how St. Patrick rid Ireland of snakes (which could represent evil forces.) This day has been observed by the Irish as a religious holiday for over a thousand years. Irish families attend church in the morning and celebrate in the afternoon. Despite Lenten restrictions on eating meat, the Irish are able to eat corned beef and cabbage on St. Patrick’s Day in addition to dancing and drinking.

Though Ireland is home to St. Patrick’s Day, it is celebrated by people of various backgrounds in North America and Australia. North America is home to the largest celebrations, but people celebrate as far away from Ireland as Japan, Singapore and Russia. Ireland’s St. Patrick’s Day Festival is a multi-day celebration held in Dublin, that almost one million people attend. 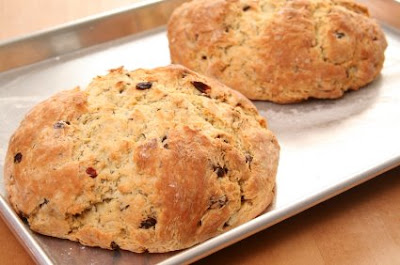 Irish Soda Bread is a dense quick bread that uses baking soda for leavening, rather than yeast, making it a quick and easy recipe to bake. Various recipes for soda bread are popular throughout Ireland, but American versions of Irish Soda Bread traditionally include California raisins, which add a scrumptious sweetness and also help to keep the soda bread moist.
Prep time: 10 minutes. Cook time: 50 to 55 minutes

As much as possible, NAMC’s web blog reflects the Montessori curriculum as provided in its teacher training programs. We realize and respect that Montessori schools are unique and may vary their schedules and offerings in accordance with the needs of their individual communities. We hope that our readers will find our articles useful and inspiring as a contribution to the global Montessori community.
© North American Montessori Center - originally posted in its entirety at Montessori Teacher Training on Thursday, March 12, 2009.
Posted by Elissa Pugh
Labels: Cooking and Recipes, Holidays, Montessori Activity Ideas, Montessori Reading Material, St. Patrick's Day
Newer Post Older Post