Celebrating the Holi Festival in the Montessori Classroom 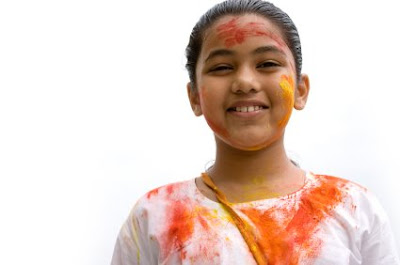 As a Montessori teacher, I am always looking for ways to expose my students to various cultures and their celebrations. Not only does this exposure allow my students to learn to embrace diversity, it shows them how everyone and everything is connected. Studying Holi in a Montessori classroom can lead to discussions about how many different people in different places and times celebrated the arrival of spring. This can then lead to discussions on what happens when winter becomes spring and why that is important. The Montessori lessons on the fundamental needs of man and other lessons in cultural, physical and political geography would also be appropriate at this time.

Holi is the joyful Hindu Festival of Colors. It is celebrated over several days in early spring when the wheat is harvested. The festival marks the coming of spring and observes new life and the seasons. This year the Holi festival is celebrated on March 11th. It is an ancient Indian festival that is believed to have existed several centuries before Christ and is mentioned in stone inscriptions and in sculptures on the walls of old temples. The meaning of the festival has changed. In earlier times, the festival was a rite performed by married women for the happiness and well-being of their families.

Celebrating the Holi Festival in the Montessori Classroom 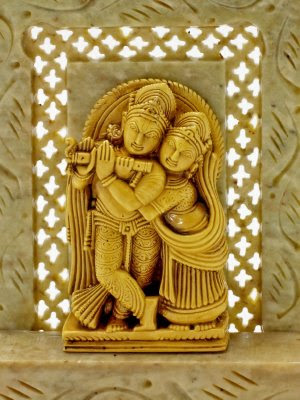 Another story told at Holi is about the son of King Hiranyakashyap (thought to be a demon king), Prahlad. Hiranyakashyap wanted to be worshipped instead of God. His son refused and in turn, the king ordered Prahlad’s death. Hiranyakashyap’s evil sister, Holika (for whom the festival is named) led Prahlad into a huge bonfire. She knew she was protected from fire, but did not know this was only true when she entered into a fire alone. As the story goes, Holika died and Prahlad was saved by God.

On the eve of Holi, people light fires to get rid of evil spirits. In the middle of the fire, they place a large tree branch that represents Prahlad. After the fire is burning, they remove the branch to “save” Prahlad. They might also place an effigy of Holika in the fire and allow it to burn. This represents how good always wins against evil. Everyone dresses in their best clothes for this event. 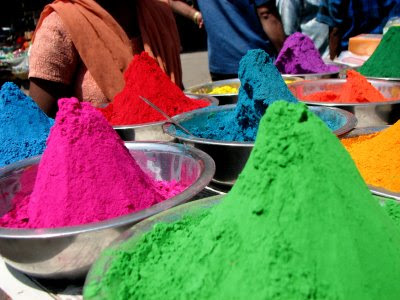 On the morning of Holi (this day is called Dhuleti), people dress in old, usually white, clothes and cover themselves and others in brightly colored paint. During this time, carts line the streets of northern India. The carts are filled with gulal (brightly colored powdered paints). Krishna is said to have used a pichkari (a brass syringe) to squirt the colored water on Radha. Children in India use many things from plastic bottles to water pistols for this fun and chaotic time. In the afternoon, the people go inside to wash off the colored paints and spend the rest of the day resting. They eat Indian candies. One candy is called laddu and is made from split pea flour and sugar syrup.

As much as possible, NAMC’s web blog reflects the Montessori curriculum as provided in its teacher training programs. We realize and respect that Montessori schools are unique and may vary their schedules and offerings in accordance with the needs of their individual communities. We hope that our readers will find our articles useful and inspiring as a contribution to the global Montessori community.
© North American Montessori Center - originally posted in its entirety at Montessori Teacher Training on Thursday, March 5, 2009.
Posted by Unknown
Labels: Holi Festival, Holidays, Montessori Activity Ideas, Montessori Culture Studies
Newer Post Older Post