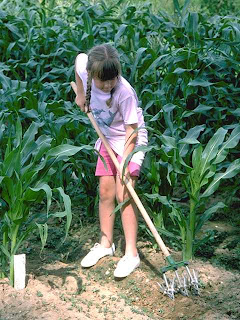 Early youth (12-15) are coming to terms with their new identity as an adolescent and the world outside the family and school. For the first time, they no longer see themselves as sons or daughters, brothers or sisters, or students, but as individuals who must integrate all of their separate identities into one while moving into a larger community. This is a time of dissonance as childhood ends and a new identity emerges. Learn more about this sometimes confusing plane to help prepare yourself and your child for positive growth experiences.

During this time, youth seek to understand their place in society and search for opportunities to contribute to society. Continuing to build on the sense of justice and fairness that was beginning to develop in the second plane, younger youth (12-15) are naturally drawn to causes that involve high ideals. They prefer to take on projects that require action and they believe they can make a positive difference in the world. Older youth (15-18) tend to plan and carry out long-term group projects that not only explore the outside world, but put into practice all of the practical life skills acquired throughout their Montessori education.

Maria Montessori suggested that due to the particular needs and interests of the adolescent, several types of new learning be included in his/her education. This included working on the land as a direct extension of her Cosmic Education. This connected the adolescent with the natural world and helped to develop a sense of responsibility towards natural resources. She suggested that time be spent on a farm as Erdkinder (Earth Children). The work on the farm would be done by the children. She also went so far as to say that they should run an inn where their parents could come to visit. She claimed this role-reversal would aid in the need for separation as the youth moves from adolescence towards maturity. Today, running a farm may not be feasible, especially in urban settings. An alternative may be to create an organic or hydroponic garden and sell the produce to fund a “going out” trip or donate to a cause that they champion. I know of a Montessori class that made a list of everyone’s talents and then let the parents of the school know that the adolescents would be doing “odd jobs” to help fund their big trip at the end of the year. These jobs ranged from tutoring, landscaping, babysitting, and helping people move.

Montessori coined a new term “valorization” to describe the process the adolescent must go through in integrating a more mature identity and the sense of being able to succeed in life by his/her own efforts. Youth are able to visualize and idealize perfection: a perfect world or a perfect family. This causes them to blame those closest to them, usually their parents, for life’s imperfections. Early youth are especially vulnerable to seeking or creating heroes to counter act the flaws of those whom they see as imperfect. Montessori cautioned guides and mentors at this level to be fully aware of the difficulties during this time of transition so that they could assist the youth in moving through this period with less dissension and regret for all involved.

The primary goal for the Montessori school at the third plane is to recognize the unrest the youth is feeling and to find ways to address the problems and concerns. Changes in behavior must be seen as normal passageways to maturity, not as problems. It is important to recognize that academic growth will only occur when the social and emotional needs of the adolescent are met.

To learn more about the Montessori planes of development, consider ordering one of NAMC’s Montessori Classroom Guides today!

As much as possible, NAMC’s web blog reflects the Montessori curriculum as provided in its teacher training programs. We realize and respect that Montessori schools are unique and may vary their schedules and offerings in accordance with the needs of their individual communities. We hope that our readers will find our articles useful and inspiring as a contribution to the global Montessori community.
© North American Montessori Center - originally posted in its entirety at Montessori Teacher Training on Tuesday, July 10, 2007.
Posted by Michelle Irinyi
Labels: Benefits of Montessori Education, Everyday Life, Montessori at Home, Montessori Classroom, Montessori Philosophy, Planes of Development
Newer Post Older Post