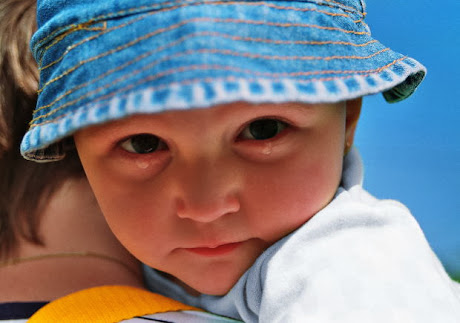 It was my first day as a Montessori lower elementary teacher, and I was excited and nervous at the same time. Would the children like me? Would I be able to teach them how to read? How on earth was I supposed to remember all of those Montessori lessons? I planned and revised my plans for the first day several times, but nothing prepared me for the one thing that threatened to derail my whole class.

In the Montessori Classroom - When the Crying Won’t Stop


You could hear Kylie before you actually saw her. Although she was accompanied by her mother and her older brother, the first-year elementary student was extremely upset and her sobs could be heard down the hall. When they entered the classroom, Mom cuddled and comforted, but Kylie’s sobs only grew louder and stronger. I assured Kylie’s mom that Kylie would be fine and walked her to the door. I then asked a Year 3 girl to help Kyle put away her lunch and get settled in the classroom. Despite the older girl’s kind attention and my attempts to help Kylie feel welcome in the classroom, Kylie’s crying continued. Her older brother, who was also in our class, was unable to comfort and soothe her. Kylie spent the remainder of the day with my assistant, who had stepped in to help so I could work with the rest of the students.

Unfortunately, Kylie’s crying did not stop after the first day. Instead, it became part of our morning ritual. My assistant and I worked together to develop strategies that would help Kylie overcome her distress and gain confidence in the classroom. 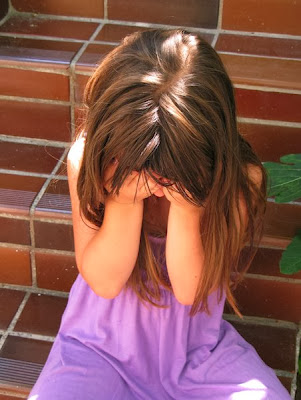 The first approach we implemented was to have my assistant keep Kylie close by as she moved throughout the environment during the morning work cycle. Kylie was experiencing separation anxiety as she had never been away from her mother. Having another trusted adult close at hand lessened some of her worries.

As Kylie grew more confident, we invited her to participate in small group lessons to help her engage with the materials and other children in the classroom. On good days, I invited her to work with a material on her own. At first, she wasn’t able to complete an activity independently, but over time she became more comfortable with the process of choosing work and returning it to the shelf. Learning to use the materials allowed Kylie the freedom to separate from the adults and focus on her work.

On particularly rough days, we tried to distract Kylie with tasks such as running errands. A sensitive older girl befriended Kylie and they often ran small errands for me to other classes. At other times, nature walks or outdoor scavenger hunts helped take her mind off her troubles.

Finally, I set up a special place for Kylie to cry. I gently explained that it was okay for her cry but when she felt like crying, she needed to come over to this special spot so she would not distract the other children. From this spot, Kylie was still able to see what was happening in the room but she was no longer the focus of other’s attention. It took a bit of time for Kylie to get used to this idea. At first, she would seek out my assistant rather than go to her special place. Each time, however, we would quietly walk Kylie back to her spot and invited her to join us when she was done. Eventually, she was able to go the space as she needed to and use it to calm herself down before rejoining the class.

I would like to say that Kylie’s crying stopped overnight. However, as with all major changes in behavior, it took time and patience. Kylie did stop crying around Christmas time. She began looking forward to coming to school and started making friends. After New Year’s, Kylie blossomed and began choosing more and more work – she made great progress academically and socially. She occasionally had moments of tears, but she learned to self-regulate and move on. Knowing that the adults and her friends believed she could overcome her personal obstacles created a safe, positive environment in which Kylie could grow.
As much as possible, NAMC’s web blog reflects the Montessori curriculum as provided in its teacher training programs. We realize and respect that Montessori schools are unique and may vary their schedules and offerings in accordance with the needs of their individual communities. We hope that our readers will find our articles useful and inspiring as a contribution to the global Montessori community.
© North American Montessori Center - originally posted in its entirety at Montessori Teacher Training on Friday, November 22, 2013.
Posted by Michelle Irinyi
Labels: Best Advice to New Teachers Series, Classroom Advice, Experience, Learning Difficulties, Redirecting Behavior
Newer Post Older Post