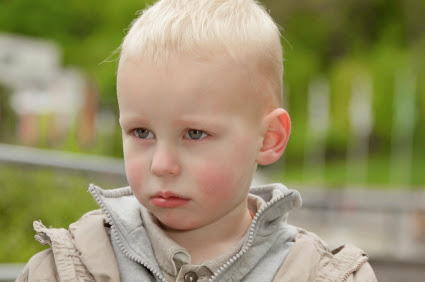 The ability to exercise control over one’s behavior amidst temptation is known as self-discipline. Dr. H. Stephen Glenn, of Developing Capable Young People, and Jane Nelsen, of Positive Discipline, both agree that children below the age of 7 or 8 are really incapable of self-discipline. (Glenn & Nelsen, 2000) In terms of Montessori, immediate gratification and lack of impulse control is a concrete behavior while self-discipline is more abstract. Young children are not capable developmentally to understand the consequences of giving into impulsive behavior. (Glenn & Nelsen, 2000)

This modern research clearly supports Dr. Montessori’s doctrine of the Three Levels of Obedience. “What we call the first level of obedience is that in which the child can obey, but not always. It is a period in which obedience and disobedience seem to be combined.” (Montessori, The Absorbent Mind, 1964)

This first level of obedience is generally observed in children 3 and under, however, older children may also exhibit disobedience. “Even after 3, the little child, must have developed certain qualities before he is able to obey. He cannot, all of a sudden, act in conformity with another person’s will, nor can he grasp, from one day to the next, the reason for doing what we require of him.” (Montessori, The Absorbent Mind, 1964)

“The second level is when the child can always obey, or rather, when there are no longer any obstacles deriving from his lack of control. His powers are now consolidated and can be directed not only by his own will, but by the will of another.” (Montessori, The Absorbent Mind, 1964) This may appear to be the highest level of obedience; however, because it is dependent on outside variables (adults or authority figures), this is not true obedience. The child is merely satisfying someone else’s wishes, not his own.

The third level of obedience is when the child “responds promptly and with enthusiasm and as he perfects himself in the exercise, he finds happiness in being able to obey.” (Montessori, The Discovery of the Child, 1967) This is the stage of true self-discipline.


Self-Discipline in the Montessori Environment: Making Mistakes Is a Normal Part of Life


Children are often punished when they make mistakes because adults think they are being naughty. Rather than punishing the child, either physically or emotionally through shame and humiliation, we need to see the misbehavior as a teaching moment. The adult’s response should not take the form of revenge, such as “your behavior disrupted my lesson so now I will punish you.” Instead, the response should be a logical consequence that: 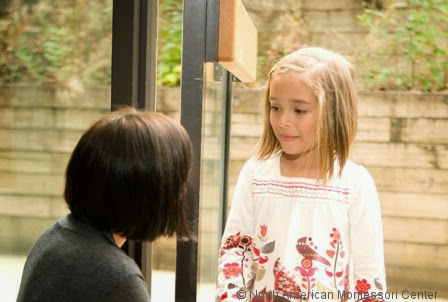 In responding to misbehavior the Montessori teacher always considers the child’s level of obedience and developmental ability to obey, and remembers that children are deserving of rational, respectful treatment at all times.
As much as possible, NAMC’s web blog reflects the Montessori curriculum as provided in its teacher training programs. We realize and respect that Montessori schools are unique and may vary their schedules and offerings in accordance with the needs of their individual communities. We hope that our readers will find our articles useful and inspiring as a contribution to the global Montessori community.
© North American Montessori Center - originally posted in its entirety at Montessori Teacher Training on Friday, September 20, 2013.
Posted by North American Montessori Center
Labels: Benefits of Montessori Education, Best Advice to New Teachers Series, Classroom Advice, Modeling Behavior, Montessori Classroom, Montessori Philosophy, Planes of Development, Redirecting Behavior
Newer Post Older Post