Michelle Irinyi
I recently received an email from a NAMC student asking for advice concerning the students in her early childhood classroom. She is working as an assistant in a very young 3–4 year old Montessori classroom. There are 14 children in the class who were split from a larger, previously existing 3–6 class this spring. The NAMC student and her lead teacher are experiencing some behavioral challenges with some of her students. Following is the first in a series of two posts featuring her questions and my responses. 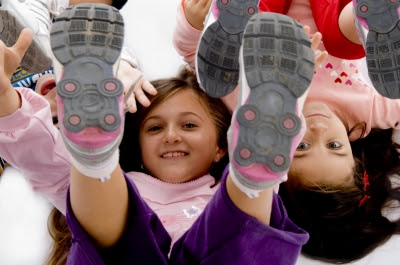 We have four children in our classroom who are very physical with each other. Unfortunately, other children watch and mimic their behavior. How do you put a stop to their aggression toward each other?

I know it can be hard, but children will mimic you instead, and pick up on the attitude and behavior of the adults around them. I would also suggest that you and your lead role play the behaviors you wish the children to either stop or adopt. Can you imagine if you pushed your lead teacher out of the way at circle, saying, “I wanted to sit there!” That would certainly get the children’s attention! Then, you could ask the children for ideas on how to solve the situation without being physical. Always stay calm and model appropriate behavior.

In my classrooms, I always had a “hands to your own body” rule. Sometimes, you feel like a broken record, but having a specific positive catch phrase is really important. Eventually, the children will have heard it enough to start to internalize the rule. Other children in class will help them remember by repeating it, too. Remember, using words like “no” or “stop” are challenging words. If you say, “No hitting,” you are issuing a challenge: “Oh, really? If I hit him, what are you going to do about it?” Then it becomes a power struggle. Instead of telling children what not to do, tell them what you want them to do: “Hands to your own body.”


How do you respond when a student resists moving locations or resists gluing?

When I had a child resist moving or gluing, I glued myself to the child. For example, when two children were tussling on the floor and would not stop, I sat on the floor next to them. I intruded upon their space. If they moved, I moved with them. Eventually they tired and went their separate ways.

Another strategy is to give children limited choices. If a child refuses to go with you, explain that the behavior you observed is unacceptable and he has two choices. For example: “Sarah, pushing James is not acceptable. You may sit with me while I give Raj a lesson, or you may sit in the Peace area until you are ready to choose a work.” Then, follow through and make sure that the child complies. 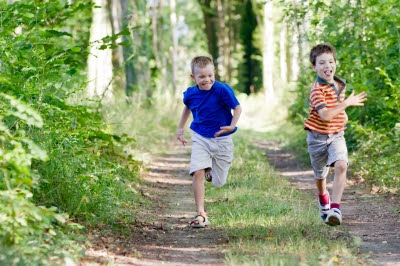 With a very young group, how do students receive the benefit of older student mentoring if they are not in our class?

Since you only have 3 and 4 year olds, you are lacking older mentors. That means you and your lead teacher must be even stronger models. In a normal classroom, one that starts in the beginning of the year and includes a range of ages, normalization can take, on average, a few months. I always looked forward to Halloween because I knew that the class usually settled down by then. But even in the best classrooms, normalization takes time. You have different challenges now and your classroom may or may not become normalized by the end of the year. But that means you must model appropriate behavior at all times.

In the upcoming second part of this question series, we will take a look at difficult behavior during circle time and classroom transitions.
As much as possible, NAMC’s web blog reflects the Montessori curriculum as provided in its teacher training programs. We realize and respect that Montessori schools are unique and may vary their schedules and offerings in accordance with the needs of their individual communities. We hope that our readers will find our articles useful and inspiring as a contribution to the global Montessori community.
© North American Montessori Center - originally posted in its entirety at Montessori Teacher Training on Friday, May 24, 2013.
Posted by Michelle Irinyi
Labels: Best Advice to New Teachers Series, Classroom Advice, Modeling Behavior, Preschool/Kindergarten (3-6), Redirecting Behavior
Newer Post Older Post