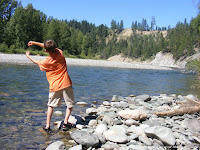 Canada became a country on July 1, 1867 and this year marks its 144th birthday. When you think of Canada, what immediately comes to mind? Hockey? Quebec City? Niagara Falls? The rugged wilderness of the Canadian Rockies? Exploring Prince Edward Island and looking for Anne Shirley from the beloved and timeless children’s classic Anne of Green Gables? Or Chuck wagon races and steer roping at the Calgary Stampede?

Visitors and residents alike enjoy Canada’s rich cultural history and events, pursue outdoor adventures from skiing to sailing (sometimes on the same day), or communing with nature on the prairies, in the mountains, or on the water. The diverse geographical and cultural nature of Canada offers endless people, places and things to discover, explore, and enjoy. 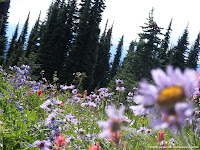 Growing up in the Pacific Northwestern United States, my family and I traveled to Canada frequently. Crossing the border into Canada truly felt like you were entering a different country. The air seemed cleaner, the mountains higher, the cities more cosmopolitan, and the people friendlier. Later, I explored the cities of Quebec and Montreal, delighting in the history, language, and culture of French Canada. 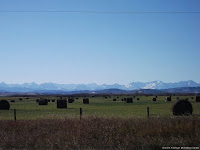 Canada is the second largest country in the world! Its vast area (9,970,610 square km/3,849,650 square miles) stretches from the Pacific to the Atlantic Oceans and from the United States border to the polar regions in north. Canada is also home to 9% of the world’s renewable water supply and the world’s third largest forest. Due to Canada’s rugged terrain and severe climate in some regions, its population is roughly 1/10th the population of the United States.

Before you go exploring Canada, you may wish to familiarize children with Canadian cultural and geographical icons by using or creating Montessori materials to use at home or in your Montessori classroom.
Finally, when traveling in Canada, use the above resources to create a scavenger hunt for the children to check off each item they find. For the younger child who is not yet reading, use the pictures from their Montessori materials to help them know what to look for.

Traveling to Canada with children can be a rewarding experience family experience. With so much to see and do, there’s sure to be something for everyone to enjoy. For more information on visiting and traveling in Canada, please visit these resources:
NAMC's curriculum manuals provide many activities to act as a springboard for further discovery and exploration of Canada and our continent. 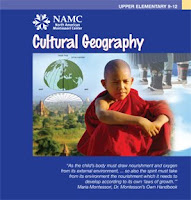 As much as possible, NAMC’s web blog reflects the Montessori curriculum as provided in its teacher training programs. We realize and respect that Montessori schools are unique and may vary their schedules and offerings in accordance with the needs of their individual communities. We hope that our readers will find our articles useful and inspiring as a contribution to the global Montessori community.
© North American Montessori Center - originally posted in its entirety at Montessori Teacher Training on Tuesday, June 7, 2011.
Posted by Michelle Irinyi
Labels: Canadian History, Cosmic Education, Going Out, Montessori Philosophy, Nature
Newer Post Older Post