Teaching Civics in the Montessori Classroom: Activities for Learning About Voting and Democracy 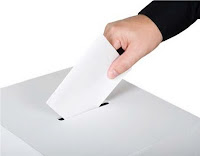 Impress upon children the truth that the exercise of the elective franchise is a social duty of as solemn a nature as man can be called to perform; that a man may not innocently trifle with his vote; that every elector is a trustee as well for others as himself and that every measure he supports has an important bearing on the interests of others as well as on his own. ~ Daniel Webster, The Works of Daniel Webster (Boston: Little, Brown, and Company, 1853), Vol. II, p. 108.

The Age of Enlightenment brought with it the basic tenets of equality and social justice. These ideas spurred both the American and French Revolutions. The American colonists sought their independence by suppressing the rule of the English monarchy and putting the governing power back into their own assemblies. The French revolutionaries, however, sought to abolish their own government and social structure and forcibly create a new one. Both the United States and France were interested in democracy – a government in which the citizens of the country elect their officials in hopes that those officials represent the voice of their constituency.

On December 10, 1948, the General Assembly of the United Nations drafted and adopted the Universal Declaration of Human Rights. This doctrine clearly states that, for the first time in history, fundamental human rights were to be universally protected. While the right to vote is now viewed as a fundamental human right, it is not upheld in many parts of the world.

As part of the Montessori Peace curriculum, it is important that elementary Montessori teachers not only teach their students about this fundamental human right, but how the voting process works, how to be an informed voter, and how to cast a vote as well in order for them to become fully informed and active citizens.

Teaching Civics in the Montessori Classroom: Activities for Learning About Voting and Democracy

Today, more than ever, the world’s governments are seeing more demands from their citizens. The political uprisings in Tunisia, Egypt, and Libya once again demonstrate humanity’s need for justice and freedom from sovereign regimes.


1. Everyone has the right to take part in the government of his country, directly or through freely chosen representatives. 2. Everyone has the right to equal access to public service in his country. 3. The will of the people shall be the basis of the authority of government; this shall be expressed in periodic and genuine elections which shall be by universal and equal suffrage and shall be held in secret vote or by equivalent free voting procedures. ~ Universal Declaration of Human Rights (UDHR), Article 21 (1948)

Lower elementary Montessori teachers can discuss and encourage voting by conducting polls at circle time. Explain to the children that they can only raise their hand to vote once. Then, ask a question such as “For our Friday art activity, would you rather make kites or paint butterflies?” Then, invite all those who would like to make kites to raise their hands. Select a student to count and tally the number of votes. Next, invite all those who would rather paint butterflies to raise their hands. After the votes have been tallied, announce the results. (Hint: This is also a good time to encourage good citizenship by talking about appropriate responses if your choice did not win.)

Canada is currently in the midst of a federal election campaign, with voters going to the polls on May 2. The next US federal election will take place on November 6, 2012. These are great opportunities for your Montessori upper elementary students to observe a real election taking place.

Upper elementary Montessori students can be more involved in actual elections. NAMC’s Upper Elementary US and Canadian History manuals provide lessons on the democratic process and structure of respective governments. Students can research candidates and their campaigns. They can watch televised debates and review them together as a class. At the end of the campaign, a mock election can be held to see if the class voted the same way as the nation. The National Student/Parent Mock Election project has put together an extensive curriculum for grades preschool through high school that offers even more ideas: http://www.nationalmockelection.org/curriculum.html

There cannot be peace as long as there is oppression in the world. Understanding the importance of a citizen’s right to vote for government leaders as a fundamental human right is a giant step toward helping our children in their “education for peace”.

The NAMC History manuals provide lessons on the democratic process and structure of respective governments.

As much as possible, NAMC’s web blog reflects the Montessori curriculum as provided in its teacher training programs. We realize and respect that Montessori schools are unique and may vary their schedules and offerings in accordance with the needs of their individual communities. We hope that our readers will find our articles useful and inspiring as a contribution to the global Montessori community.
© North American Montessori Center - originally posted in its entirety at Montessori Teacher Training on Wednesday, April 27, 2011.
Posted by Michelle Irinyi
Labels: Lower Elementary (6-9), Montessori Activity Ideas, Peace, Upper Elementary (9-12), US History
Newer Post Older Post