US Memorial Day Activities and Reading for the Montessori Classroom 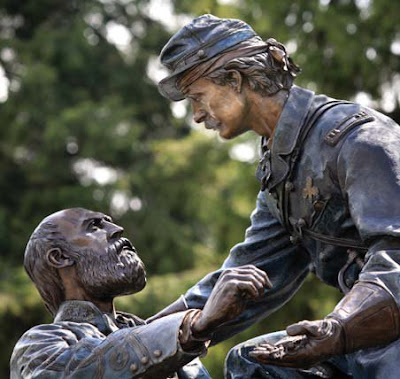 Many Montessori schools conclude the academic year before Memorial Day, which is officially held annually on the last Monday of May. Despite this, Montessori teachers can expose Montessori students to the history and observances of Memorial Day before they break for the summer. By doing so, the students can better appreciate the significance and impact of wars throughout American history.

The true beginnings of Memorial Day are difficult to trace. Many small towns were doing their own unique observation before officially declared by General John Logan on May 5, 1868. The day was first observed on May 30, 1868 by the laying of flowers on the graves of Confederate and Union soldiers in Arlington National Cemetery. In 1873, New York officially recognized Memorial Day and by 1890, all of the northern states had followed suit. The southern states honored their dead on separate days until after WWI. At that time the holiday changed from a day to honor those who died in the Civil War to a day to honor all Americans who died in any war. Now Memorial Day is celebrated on the last Monday in May. In 1915, Moina Michael began the tradition of wearing red poppies to honor those who died. The VFW still continues this effort. In 1971, Congress passed a bill establishing the last Monday in May as a federal holiday, therefore creating a three-day weekend. Read on for a selection of activities and reading material suitable for studying Memorial Day in your Montessori classroom.

US Memorial Day Activities and Reading for the Montessori Classroom

Today, Memorial Day is observed by visiting cemeteries and placing flags on graves, visiting memorials, flying the United States flag, flying a POW/MIA flag, participating in the National Moment of Remembrance (at 3:00 p.m.), and providing aid for family members left behind by soldiers. 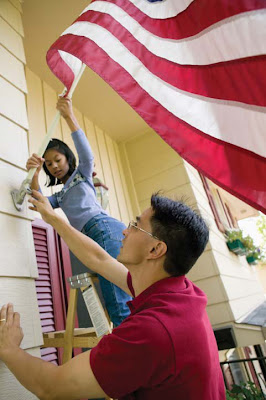 As much as possible, NAMC’s web blog reflects the Montessori curriculum as provided in its teacher training programs. We realize and respect that Montessori schools are unique and may vary their schedules and offerings in accordance with the needs of their individual communities. We hope that our readers will find our articles useful and inspiring as a contribution to the global Montessori community.
© North American Montessori Center - originally posted in its entirety at Montessori Teacher Training on Tuesday, May 19, 2009.
Posted by Elissa Pugh
Labels: Holidays, Memorial Day, Montessori Activity Ideas, Montessori Reading Material
Newer Post Older Post