Earth Day Information and Activities to Celebrate in the Montessori Classroom 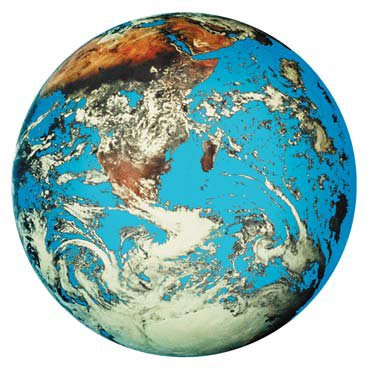 Rising concern about the environmental crisis is sweeping the nation's campuses with an intensity that may be on its way to eclipsing student discontent over the war in Vietnam…a national day of observance of environmental problems…is being planned for next spring…when a nationwide environmental 'teach-in'…coordinated from the office of Senator Gaylord Nelson is planned…." (New York Times, Nov. 30, 1969)

Montessorians are well versed when it comes to protecting the Earth and its environment. Dr. Montessori believed that "The land is where our roots are. The children must be taught to feel and live in harmony with the Earth." She also stated that "There is no description, no image in any book that is capable of replacing the sight of real trees, and all of the life to be found around them in a real forest." Studying environmental protection has a lasting impact on young children. In the Montessori curriculum, the study of the 5 Great Lessons awakens the child's sense of awe and wonder. We show the interconnectedness of all things in the universe. When we talk about being stewards to the planet, we instill a sense of global awareness and foster Dr. Montessori's belief that "We are all a single organism, one nation." In honor of our Montessori educational goals and Earth Day, we've gathered some great information and activity ideas for you to use in your Montessori classroom.

Earth Day Information and Activities to Celebrate in the Montessori Classroom


At a time when social activism was at a high point, the celebration of Earth Day was intended to promote and inspire awareness for the Earth's environment and our global community. On April 22, 1970, 20 million Americans (including 2,000 colleges and universities and 10,000 primary and secondary schools!) demonstrated for a healthier environment. At that time, the use of leaded fuel was rampant and industry produced smog and sludge as a sign of economic progress. People banded together to discuss such issues as clean air and drinking water, toxic waste, raw sewage, pesticide use (DDT) and run off. Although the 1960's had been a decade of ecologic awareness, Earth Day brought more citizen activism.

The success of the first Earth Day persuaded politicians to enact legislation to clean up the air, protect drinking water, as well as protect wildlife and areas such as forests and wetlands. From this, the Environmental Protection Agency (EPA) was created. In 1990, Earth Day went global with over 40 countries participating. This 20th anniversary celebration focused on recycling efforts worldwide. In 2000, Hundreds of millions of people from 184 countries focused on global warming and the need for "clean" energy. The 2007 celebration was the largest one yet, with an estimated one billion people participating internationally, with over 10,000 Earth Day events held around the world.

Here are some activities that you can do in your Montessori classroom to promote social and individual environmental responsibility:


The world will celebrate Earth Day on April 22, 2008. By celebrating the Earth and encouraging student participation, we will be creating lifelong caretakers of this precious planet that we call home.

For more information on Earth Day, visit the US Environmental Protection Agency website.
As much as possible, NAMC’s web blog reflects the Montessori curriculum as provided in its teacher training programs. We realize and respect that Montessori schools are unique and may vary their schedules and offerings in accordance with the needs of their individual communities. We hope that our readers will find our articles useful and inspiring as a contribution to the global Montessori community.
© North American Montessori Center - originally posted in its entirety at Montessori Teacher Training on Tuesday, April 8, 2008.
Posted by Michelle Irinyi
Labels: 5 Great Lessons, Cosmic Education, Earth Day, Montessori Activity Ideas, Montessori Culture and Science, Nature
Newer Post Older Post