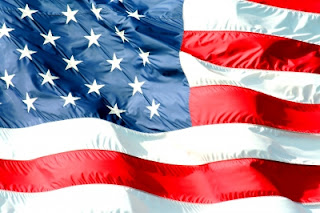 Independence Day, better known as the 4th of July, is the national holiday that marks the signing of the American Declaration of Independence on July 4th, 1776. At that time, the original thirteen colonies were under the rule of England’s King George the III and there was growing unrest in what was known as “taxation without representation”. Colonists were responsible for paying taxes to England, but they had no representation in Parliament.

By June 1776, the colonists felt they had no other choice but to declare themselves an independent country. A committee headed by Thomas Jefferson, drafted what is now known as the Declaration of Independence which was presented to the First Continental Congress on June 28th. On the afternoon of July 4th, a vote was taken. Of the 13 colonies, 9 voted in favor of the Declaration, 2 - Pennsylvania and South Carolina voted “No”, Delaware was undecided and New York abstained.

Today, 4th of July celebrations are similar to other summer holidays. Celebrations often take place outdoors, sometimes with parades, barbecues, and ending with brilliant displays of fireworks.
The Liberty Bell is a symbol of American freedom. First called the Provence Bell, it was renamed after it was tolled twice on July 8th, at two different reading of the Declaration of Independence.

There are many Montessori activities that children can do to celebrate Independence Day. Here are just a few we would like to share with you.

Liberty Bell Windchime (thanks to Michaels.com)

Part of the Montessori Cultural Curriculum is the study of flags of the world. An extension of that material would be to study the flags of the United States. Begin with studying the first American Flag, known as the Gadsden flag. This flag features a yellow background with a green rattlesnake in black grass with the motto “Don’t Tread on Me”. This flag was a symbol of the American resistance to British occupation and rule.

Other flags to research include the Betsy Ross Flag, the 13 Star Flag, and the Star Spangled Banner. Be sure to include a discussion with your Montessori students on the significance of the Red, White, and Blue colors as well as the Stars and Stripes.

Children, music, and the fourth of July seem to go together like watermelon on a hot summer day. The song You’re a Grand Old Flag, by George M. Cohan is a much easier song for you children to sing, than The Star Spangled Banner, the national anthem. This quick and lively tune will have them ready to march in a parade.

You’re a Grand Old Flag
You're a grand old flag, You're a high flying flag
And forever in peace may you wave.
You're the emblem of The land I love.
The home of the free and the brave.
Ev'ry heart beats true For the Red, White and Blue,
Where there's never a boast or brag.
Should auld acquaintance be forgot,
Keep your eye on the grand old flag.
As much as possible, NAMC’s web blog reflects the Montessori curriculum as provided in its teacher training programs. We realize and respect that Montessori schools are unique and may vary their schedules and offerings in accordance with the needs of their individual communities. We hope that our readers will find our articles useful and inspiring as a contribution to the global Montessori community.
© North American Montessori Center - originally posted in its entirety at Montessori Teacher Training on Monday, June 18, 2007.
Posted by Michelle Irinyi
Labels: Holidays, Independence Day, Montessori Activity Ideas, US History
Newer Post Older Post