Montessori Philosophy: The Three Stages of Normalization in the First Plane of Development 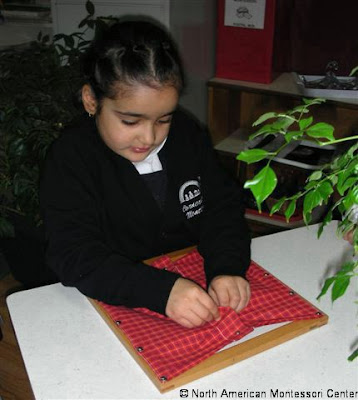 Normalization is the foundation upon which "spontaneous discipline, continuous and happy work, social sentiments of help and sympathy for others.…" (The Absorbent Mind) arise. It is a time where children learn to focus and concentrate their energies for long periods of time, while taking personal satisfaction in their work. Normalization occurs during the first plane of development (ages 0-6). The child who is normalized displays:

There are three stages of normalization and the typical Montessori classroom contains children from all three stages.

Montessori Philosophy: The Three Stages of Normalization in the First Plane of Development


The first stage of normalization

Children in the first stage enjoy the practical life skills area of the Montessori classroom. Here, children practice developing motor skills while increasing their level of concentration. Practical life activities are structured so that children are able to see the results of their work quickly. They take pride in their accomplishments and enjoy working.

Montessori teachers working with children at the first stage of normalization gradually give them practice in making choices. She starts by offering one choice. Later, as he demonstrates responsibility, she offers the child two choices. "I noticed that you like working with the metal insets. Today, you may choose to work with the sandpaper letters or the metal insets. You decide." She then encourages the child to complete the activity. Should the child refuse either of the choices and chooses another work, the teacher allows him to do that until he finishes. However, she continues to calmly direct his choices until he is able to focus on an activity and want to work on it more than once. Gradually, the Montessori teacher gives the student less directed choices. "What would you like to work on today?" If the child says he doesn't know, the teacher offers directed choices of work until the student is able to make his own choices.

The second stage of normalization

As he is ready for it, the child experiences more freedom. In the second stage of normalization, children are able to move from one activity to another, selecting several works during the work period, though they seldom repeat an activity. Children in the second stage of normalization usually make up the biggest population of the Montessori classroom. Because this child is not deeply engaged with the materials she moves quickly from one activity to another, demonstrating that she has not developed true self-control or inner discipline. As long as they are able to make constructive choices, these children are given the freedom to select their own work. 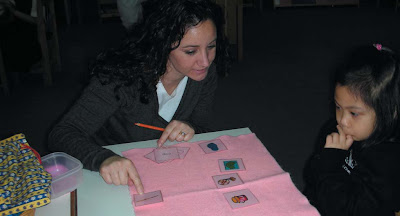 Children at this stage benefit from frequent lessons or presentations. Montessori teachers should observe the children closely to see which works they are interested in to make sure they are receiving instruction they need.

The third stage of normalization

Children who reach the third stage of normalization are typically five to six years old and have attended a Montessori school for several years. The child at the third stage of normalization is able to focus on one activity and then move successfully to another without disturbing the work of others. She may concentrate on an activity and its extensions for weeks at a time. She appears deeply interested and content in her surroundings. Because she does not require much supervision her teachers must carefully observe her so they know when she is ready to move on to new and interesting activities or to the next level.

Knowing that the typical child may take several years to become normalized is liberating for the Montessori teacher. Instead of saying "When will they be normalized?" the teacher may sit back and delight in watching each child's journey towards independence and normalization.

For more on this series:

As much as possible, NAMC’s web blog reflects the Montessori curriculum as provided in its teacher training programs. We realize and respect that Montessori schools are unique and may vary their schedules and offerings in accordance with the needs of their individual communities. We hope that our readers will find our articles useful and inspiring as a contribution to the global Montessori community.
© North American Montessori Center - originally posted in its entirety at Montessori Teacher Training on Sunday, April 27, 2008.
Posted by Michelle Irinyi
Labels: Independence, Infant/Toddler (0-3), Montessori Explained, Montessori Philosophy, Normalization, Planes of Development, Preschool/Kindergarten (3-6)
Newer Post Older Post